Ideal for non-qualified practitioners looking to improve their leadership skills

If you want to ensure your staff make an effective contribution to your department and to your firm so that their performance reflects positively on you – then this qualification is for you.

Ideal for qualified and non-qualified staff working within the legal sector, this qualification has been developed to help meet the requirements and syllabus of the national Apprenticeship Standard for Team Leader/Supervisors and Chartered Management Institute Level 3 Team Leader/ Supervisor Apprenticeship.

The Level 3 Team Leader Qualification have been broken down into two comprehensive recorded webinars, Part 1 of which will cover the following:
•    Integrating a new person into your department
•    Successful briefing of work
•    Assessing what has been done
•    Why you can’t motivate trainees!
•    What it means to be effective as a Supervisor
•    Understanding your supervising style – and how to adapt it
•    How to manage things when they go wrong
•    Team meetings – energising or draining?
•    Your personal action plan

The Part 1 course also meets the Legal Aid Agency / Specialist Quality Mark requirement, particularly in respect of Section D: People Management. From the SQM 2018 Guidance Notes “The Guidance contained within this document is provided to assist you in complying with the SQM Standard. The Guidance does NOT form part of the Requirements and Definitions, is NOT mandatory and will NOT be audited.”

This programme also satisfies, in part, the training requirements under Rule 12.1 of the SRA Practice Framework Rules 2011 (‘qualified to supervise’) and can be followed by our courses from the Datalaw portfolio, including Part 2 - Level 3 Team Leader Qualification in order to help achieve the required 12 hours of management skills training.

Mac has a wealth of practical management experience running his own successful consultancy practice, and has been a popular lead speaker on the Datalaw SRA Management Course Stage One and Two.

He is author of Motivation, Ability & Confidence Building in People and Recruiting, Retaining & Releasing People both published by Butterworth Heinemann (2007). Mac is also a Chartered Manager and a qualified sports coach. 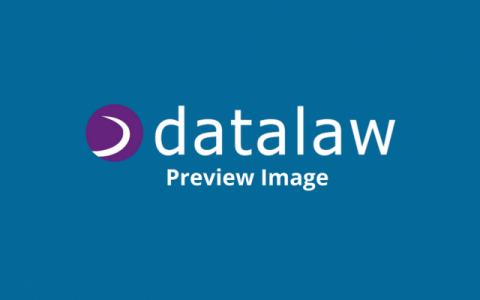